It’s time we reviewed our practice of Taraweeh 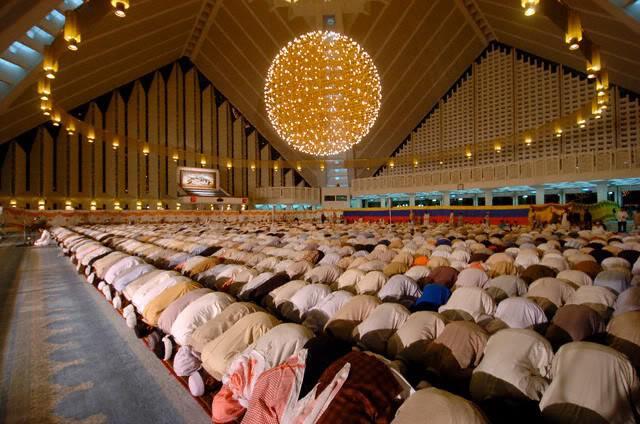 Though sadly, this is massively overlooked, one of the quintessence of the Islamic ritual prayer, known commonly as Salah, is to ponder over the words of the Qur’an. Taraweeh, is a ritual developed over time mimicking the Salah, as a more extended and full dedication to the Qur’an during the month of Ramadan. Originally, the Qur’an encouraged the early Muslims to make some concentrated effort to ponder over the Qur’an during a portion of the night, and establish dawn study groups. The beginning few verses of chapter 73 of the Qur’an relays this thus;

“You, who is snuggled up in bed! We are charging you with a momentous mission – so, stand up in a vigil around half or more of the night, and read the Qur’an in an elocutionary tone; for indeed, the waking up at night to study the Qur’an has the most disciplinary impact on the mind and soul, whereas there is too many distractions during the day.” (73:1-7)

So, the prophet began implementating this advice combining it with the physical aspects of Salah, as the Qur’an was downloaded into his memory; and this became known as Tahajjud. Fast forward 1400 years, and we are reveling in only the shell, and the nourishing yolk, the actual intended gist – the content of the Qur’an, is given an inconsiderable focus; making the whole process a mockery, to put it bluntly.

C-19 has forced us to abandon the shell for a moment and look inward to the essence of things. We could use this Ramadan as an impetus to revive this lost ‘sunnah’ of the prophet and a direction of the Qur’an, to establish dawn study groups, or go solo; and deliberate upon the words of the Qur’an. Moreover, as a people who no longer memorises texts, and neither understands the original language of the Qur’an, should simply study the Qur’an from a translated manuscript. This is the essence and the intention of Taraweeh and Tahajjud, not the physical ritual. Also, this should become a weekly, fortnightly, monthly or even daily ‘ritual’ throught the year, not just Ramadan.

If we can make just this one change to sterelise ourselves from the accumulated deviancy during this lockdown, then we have defeated C-19.

So from this little article you have written are you implying that tarawee is a wrongful practice ?

durro miah durro.. Actually I share your sentiments but people get really offended by this assertion even though it defies common sense