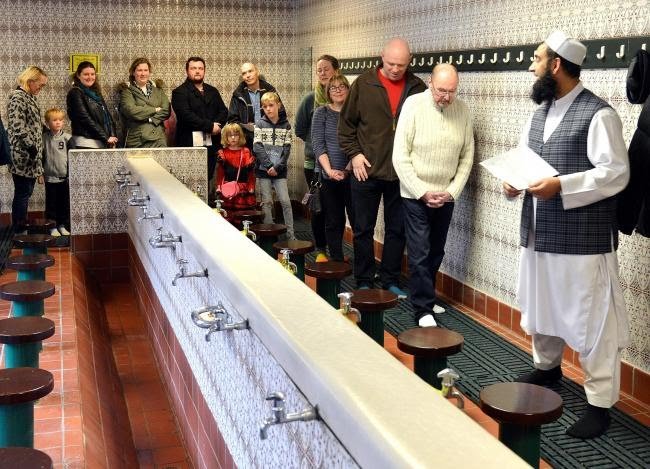 Many mosques open their doors to the wider communities in their neighbourhood in the UK. The day is known as ‘visit my mosque’ day. Though I agree and welcome the initiative as a positive step forward, I feel there is a risk that the event may relay the message that mosques are normally barred for the wider communities.

It is vital that we bear in mind that a mosque is a spiritual hub for all members of a given community, founded and lead by the followers of Islam, and that a mosque is not perfect if it ostracises any people of the world. If a mosque cannot facilitate any attendees it is not a mosque; it is an exclusive club. The idea to accomodate all begins before opening the doors. If during this time it is not feasible to facilitate anyone then the project should not go ahead at all and should find an alternative venue.

Unfortunately, many mosques in the UK have very limited or no facilities for Muslim women, let alone others. Frankly I feel that no facility is a mere excuse by the management of these mosques. The underlying reason is misogyny and womenophobia. Please take note here that I am not opposing a mosque, I am opposing bigotry, misogyny, inequality, ignorance and wastage.

Sadly, exclusion of women runs deeper than the mere excuse of shortage of space. According to many Hadith-centric clerics, going to the mosque by half of humanity (women) at the time of the Prophet was a “concession”! Which allegedly Umar abolished during his reign. I guess it’s one of the jumbled and confusing myriad of conclusions that can be drawn from Hadithic literatures.

I don’t for a second dare to entertain the thought that either Umar or the Prophet played God by making a general prohibition of something God clearly did not. The only enlightenment these type of historical anomaly conveys is that misogyny dies hard and was fighting back subliminally after God’s revelation empowered the weak in society.

On a final note, I want to appeal to all the mosque managements, begin all mosque projects with the vision to accommodate all members of society. If the will and vision is there, you will find the perfect venue. Once the project is successfully established, remain proactive in keeping the facilities accessible for all.

My Sufi experience!
It’s time we reviewed our practice of Taraweeh